"The Dancing Chain" (Book for Christmas)

The Dancing Chain (third edition) is the "history and development of the derailleur bicycle" and a wonderful book. Just got it for Christmas - previously I had looked at the second edition but the third is updated/added to quite a bit. 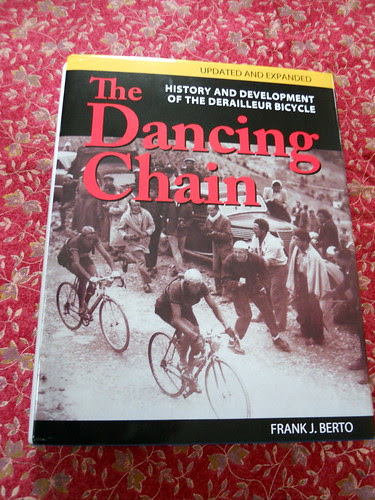 Reall, though - the subtitle is a bit off. What this is is a history of the 20th century (and now into the 21st century) bicycle as influenced by the development and imnprovement of derailleurs. Chapter 15 is a helpful explanation of "how derailleurs work" that is good to look at early rather than at the end - but then this isn't exactly the kind of book that one reads from start to finish but rather dips into here and there.

This is one sort of book that's not going to be replaced by an e-book reader soon!
Posted by michael neubert at 9:55 AM