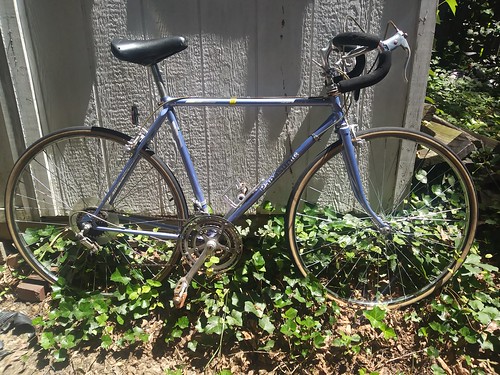 A project, of sorts. Other than the foam handlebar (tape) and one assumes the tires, it appears to be all original. Some parts are not worth speculating about too much - say, the chain. Is this the original chain? Doesn't really matter, I'm not concerned with ending up with a modern operating version of the bike as it was.

To my surprise, the tires hold air and I could immediately ride this thing. The gear levers shift the gears correctly both front and back. I wouldn't ride down a hill at high speed on it since the tires have fatigued looking sidewalls but riding around the block, sure. Also the front wheel spins, but it seems like something with the front wheel bearings is not right. It doesn't seem crunchy like the bearings have deteriorated; more like the grease is gunked up (for lack of a technical term). So with the front wheel as it is, riding more than a short distance would require needless effort.

Slightly over 30 lbs. This was the lowest end Panasonic road bike model available at the time (whenever that was) based on what I see on the Internet. The highly curved front fork, the presence of only five cogs in the back, and the type of rear drop out suggest this is from some time in the 1970s. I like the periwinkle color.

The 1982 Bridgestone road bike frame and fork I once purchased and turned into a good commuter bike presented different issues than this older bike. Also with that, I planned to purchase and add the components while this thing comes "ready to go" - but how much would one really keep? And it probably doesn't make sense to invest much $ in this frame since it is not as good as the Bridgestone was. But the way to learn is from practice, I guess.

Vélocity Bicycle Cooperative, which sells used bikes that it receives as donations after refurbishing them, ends up with too many bikes, so they periodically have these "as-is" sales. I purchased a 1995 Trek SingleTrack from them in December 2015 that I am extremely pleased with, but its situation was quite different than this periwinkle bike. It was missing pedals and a seat and was filthy - like it was covered in kitchen grease. Very odd. But once it was cleaned up and pedals and saddle added, it was good to go. I added some slick more narrow 26 inch tires and it became an outstanding commuter bike. I don't expect anything so useful from this, but who knows. 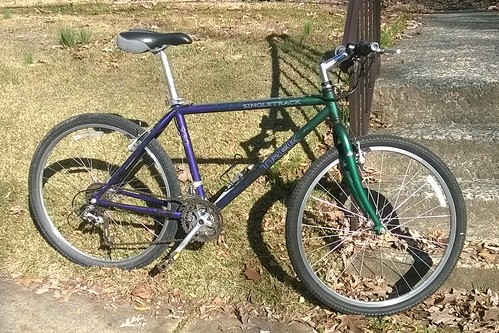 Posted by michael neubert at 10:06 AM No comments:

Email ThisBlogThis!Share to TwitterShare to FacebookShare to Pinterest
Labels: Panasonic 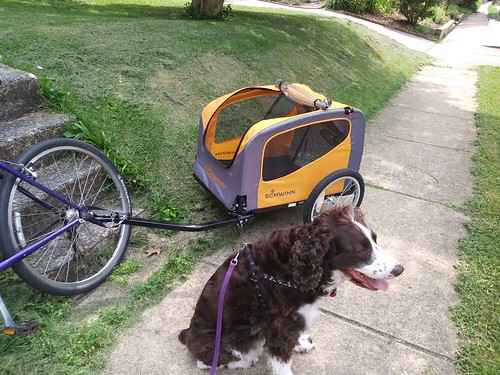 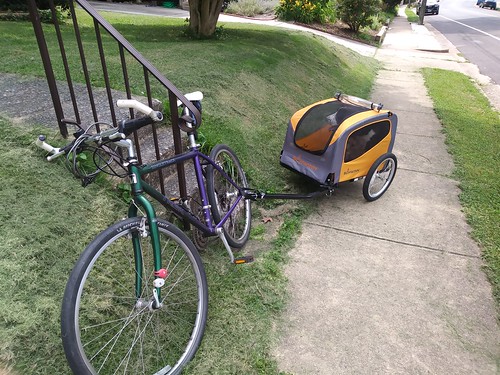 Posted by michael neubert at 7:42 PM No comments: