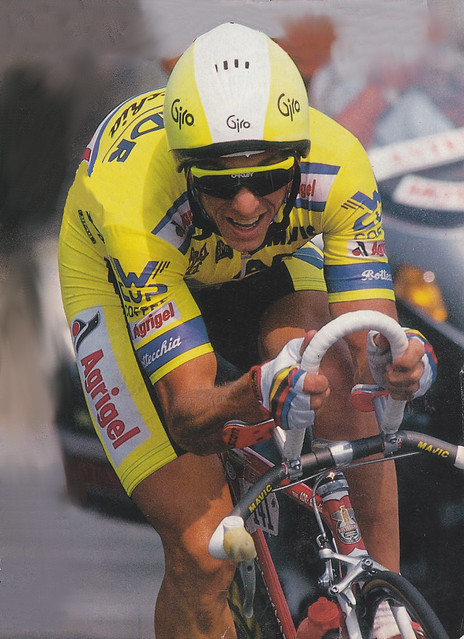 It's odd, but the title on the hardcover version I have is "The Comeback: Greg LeMond, the True King of American Cycling, and a Legendary Tour de France" which is quite different from "30 Shotgun Pellets, and the World's Greatest Bicycle Race."

The central event of the book is, as the title (on the copy I read) suggests, on LeMond's amazing win over Laurent Fignon in the 1989 Tour de France after recovering from being shot in a hunting accident. But to describe this properly, the author presents a reasonably complete biography of LeMond and narrative description of his career both before and after that Tour.

Perhaps of equal importance, this book is about the transition from the LeMond era of professional cycling, when racers could win without doping, to the Lance Armstrong era, when the could not. For the author, then, LeMond is "the true king" of American professional bicycle road racing and Armstrong is not.

After the detailed description of LeMond's second tour victory and a shorter description of his third victory the following year, the book becomes tendentious. The tone changes since for the most part, it is no longer build around bicycle races but instead focusing on who-did-what-to-whom-and-why. Armstrong is the villain while LeMond is a tragic hero. I don't disagree (not that I'm an expert) on anything said here but my sense was that the author ends up launching a discussion of the EPO era in cycling to end his book that is less than convincing because it is so much less detailed and nuanced than what came before - and yet is hardly just a few pages in closing.

One problem for me with some of this is that two different issues are mixed together. One is simply that EPO was so much better a substance when used for doping than all the preceding ones (from strychnine to amphetamines) that it allowed mediocre racers to become winners. The other is that Lance Armstrong in particular was an evil person who orchestrated a successful campaign to discredit and demean LeMond. This is true not just of this book, but other discussions of this time that one reads.

Perhaps a problem is simply my own shame since I was one of many who began to follow the Tour de France mostly thanks to Armstrong's success. This coincided with my own developing interest in cycling (of a far more utilitarian nature). With the complete discrediting of Armstrong I lost interest in bicycle racing generally and the Tour de France in particular. (It is July and I have no idea who any of the leaders are and have not watched one second of footage.) Still, I have found I am still willing to read some books about road racing history, such as this one. And to be clear, I think this is mostly very well done.

This book complements rather nicely "Slaying the Badger: LeMond, Hinault and the Greatest Ever Tour de France" https://www.goodreads.com/book/show/11435656-slaying-the-badger published in 2011 that centers on the 1986 Tour de France that LeMond won over Hinault.

Posted by michael neubert at 9:09 AM No comments:

Danes Have Used Bicycles for a While 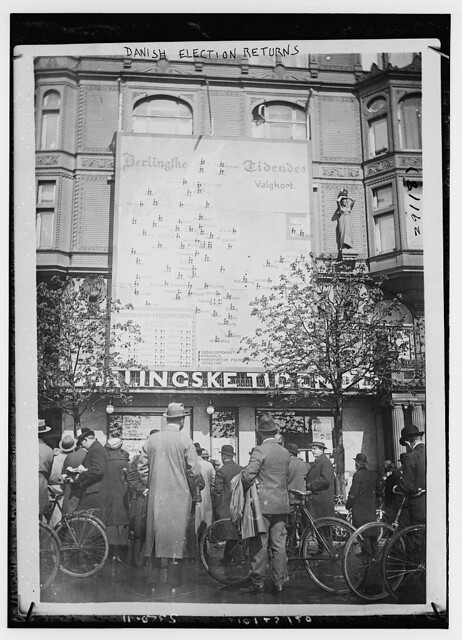 Photograph of "Danish election returns" in Flickr from the Bain News Service, about 1915

I was slightly surprised to see the prevalence of bicycles represented in this photo of Denmark one hundred years ago. Probably should not have been? The newspaper office that is shown in this photo is in Copenhagen.

I see five or perhaps six bicycles here - all seem to be in the service of men in suits who are riding them in the same way most modern Americans would use a car, that is, to get around, not for exercise or sport.

Posted by michael neubert at 11:33 AM No comments: