Bicycles Out of Favor in Beijing

Article in the People's Daily describes efforts in Beijing to get people back on bicycles, rather soon after they just got off. Including rental bikes. 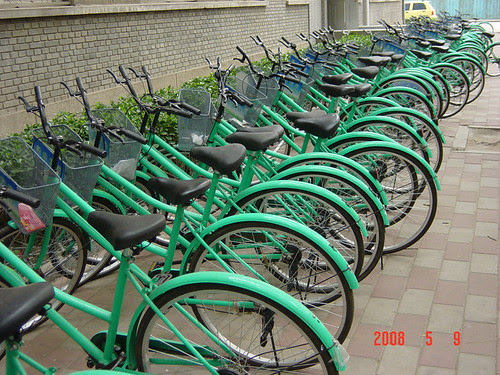 Some people gave up commuting by bike because it became too dangerous on roads packed with cars, Zhang Zhuting, a member of the Ministry of Transport's legal consulting committee, said.

Concrete measures are needed to ensure the effective operation of the public bicycling system, and the bike rental industry needs more policy support to survive, he said.

"They have developed detailed rules and management mechanisms to maintain the system, and their residents obey the rules," Yu said. "Beijing should learn from their experiences."

Somehow to me this seems like a coals-to-Newcastle kind of thing, but I suppose it is different. Anyway, I think the problem in Beijing is economic and not about getting peoiple to obey rules.
Posted by michael neubert at 3:31 PM