As noted in any earler post, the Library of Congress has digitized many of the "centerfold" color illustrations from Puck magazine - this one from 1895 demonstrates how both men and women's attire were affected by the interest in cycling. And 1895 was not yet the height of the cycling craze. 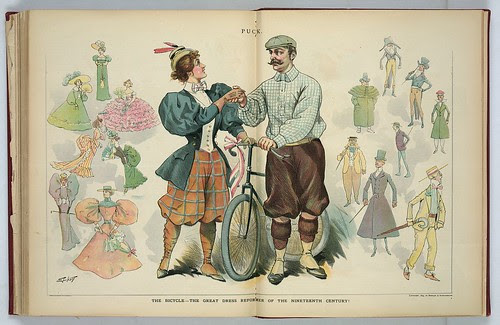 Both men and women's attire were affected by the "bicycle craze"

Full record and TIFF.
Posted by michael neubert at 7:02 AM