It appears that the film starts just as the rush of workers on bicycles and on foot begins at the end of the work day. Was the policeman at left there every day to maintain order? While the copyright deposit date is given as 1903 the actual date of filming is July 5 1899. They would be just back from the previous day's national holiday (one assumes). Filmed in Detroit. 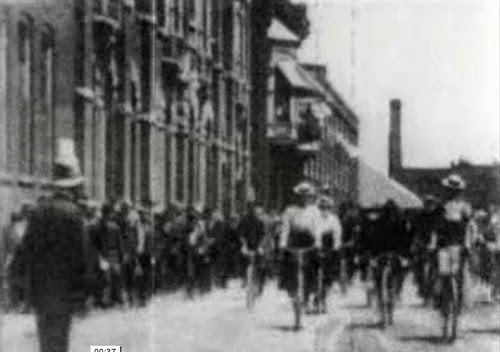 Screen grab - note a fair number of the riders are women

CREATED/PUBLISHED - United States : American Mutoscope & Biograph Company, 1903.
SUMMARY - Photographed from a single-camera position, this film encompasses a scene of a large number of people either walking or riding bicycles as they leave what appears to be a factory. The title indicates they are employees of a drug firm. 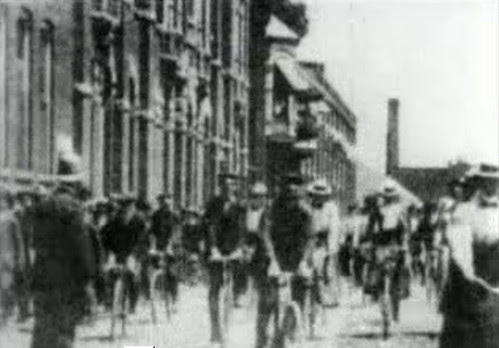 Number of riders builds . . . no one wears a helmet, of course, but they all seem to wear hats 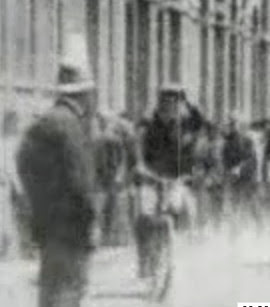 One fellow politely doffs his hat to the police officer
Posted by michael neubert at 9:35 AM