Looking at Cycling Patents Monthly in the Hathitrust digital library is easier for browsing old bicycle-related patents than searching for them in Google.

The digitized issues of the journal, Cycling Patents Monthly, cover the years 1892-1895. Nothing but cycling related patents! Apparently the volume of patents connected with bicycles was unprecedented during the cycling craze of the 1890s. As usual, I found a patent for something that one sees today as "new." 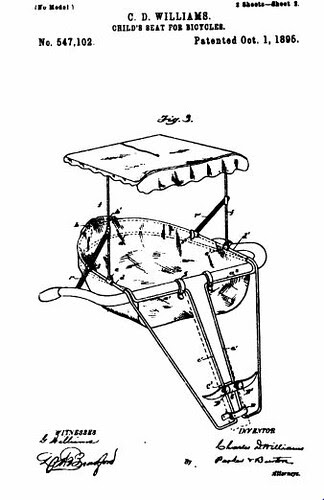 1895 patented version above includes a sunshade 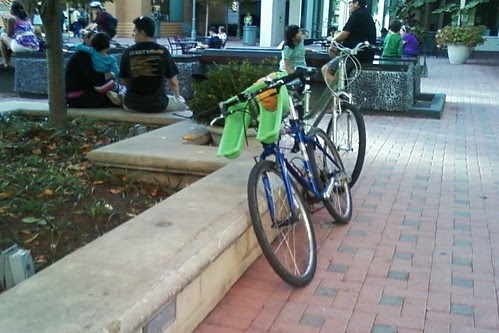 Today's version, but no shade
Posted by michael neubert at 11:59 AM