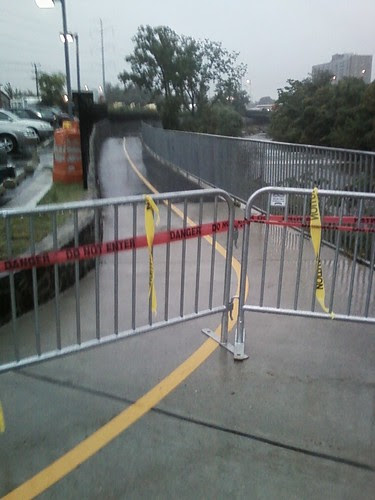 Approaching underpass to I-395 from Shirlington side, Friday commute

After considerable amounts of rain overnight, Four Mile Run apparently flooded the bike path underpass for I-395.  By the time that I arrived on my commute, around 7 am, I think the flooding was already gone but I chose not to investigate and rode around (the old way, over 395 on the pedestrian bridge and down Martha Custis).

In the evening the barriers had not been "officially" removed but someone had pushed them aside.
Posted by michael neubert at 11:25 AM