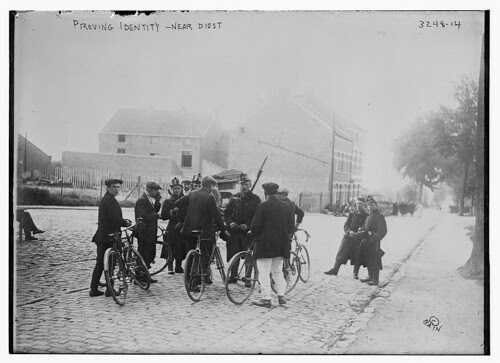 Newly added to the Library of Congress Flickr collections online

Taken near the Belgian town of Diest, presumably during World War I. From the Bain News Service collection. As presented by the Library of Congress on its site, it isn't possible to "pull out" the images with bicycles much of the time, but users add tags in Flickr that help with that. 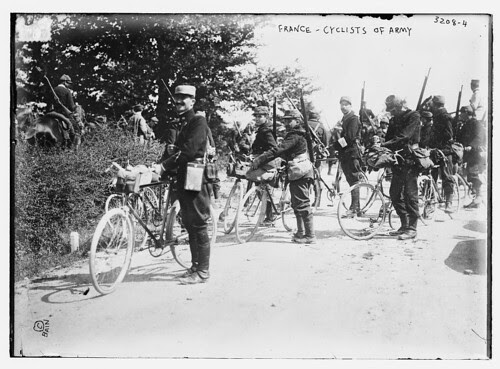 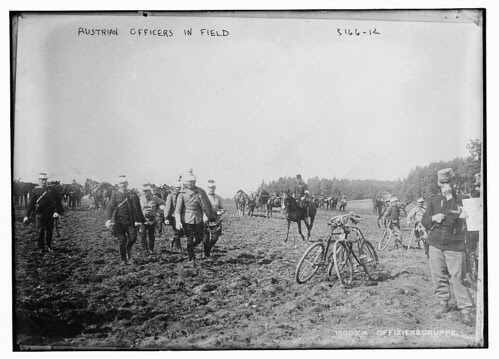 The Austrians had some bikes, too.
Posted by michael neubert at 10:29 AM