Once again, my Google news alert brings in an interesting item, a story about a Danish bicycle approach to providing developmental assistance through bicycles to Africa. There are various approaches to this that I am familiar with. In an earlier post about an article about the "Team Rwanda" cycling team there was mention that the attempt to provide bicycles suitable for that country was hindered by the high cost of getting the parts there. 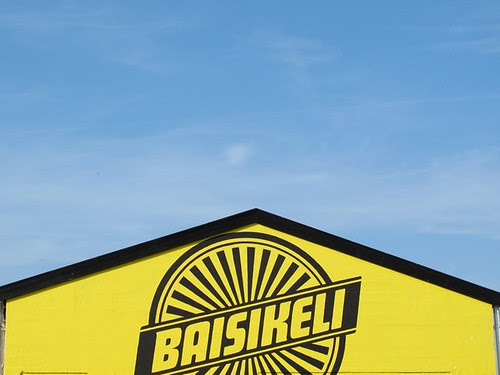 The Baisikeli Company in Denmark - "Baisikeli" is "bicycles" in Swahili

The Baisikeli company has a model that does not give the bikes away but sells them.

Baisikeli works towards developing the bicycle industry in the developing world. Bicycles are important in poor areas because with cheaper and better transportation opportunities, people living in poverty can increase their income and get access to education and health care.

In Denmark, Baisikeli collects used bicycles and ship them to Mozambique and Sierra Leone where they are repaired and sold. All expenses in Denmark are financed through the two bike shops in Copenhagen; so all the money earned in Africa can be reinvested in developing the workshops into producing their own bikes.

This is quite different than a model that gathers cast-off bicycles, ships them to Africa, and gives them away. Also, since they are (I think this is correct) primarily shipping bicycles that they have themselves used in their businesses, the types of bicycles sent to Africa are of fewer different types.


Alas, there is nothing in this world that is perfect - in looking around on Flickr for photos related to Baisikeli, they seem to have gotten into a problem with a Dutch company that claims they copied one of their cargo bike designs for a bike that is rented to businesses in Denmark for three years and then will be shipped and sold in Sierra Leone and Mozambique. 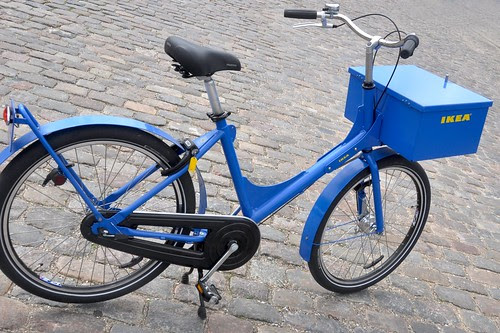 I am sympathetic to the Workcycles complaint that "the unique frame geometry and structural elements have been copied to the millimeter, while about a dozen cosmetic changes have been made to dodge legal protection" but put off by the remark that "it also happens to be very crudely made, unlike our real Fr8." If the Baisikeli people could have gotten permission to use the design that would have been a better approach but one doubts that a bike built to the Workcycles standard would be useful for this business model in Africa for various cost-related reasons.

Posted by michael neubert at 8:24 AM