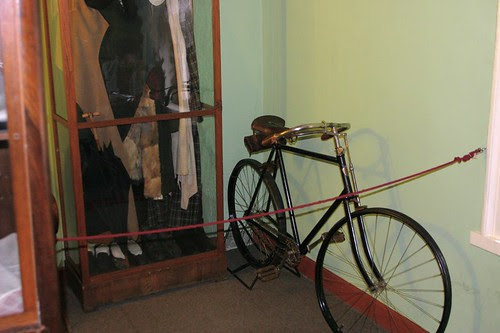 A Cycling Notes entry in Scientific American for April 18, 1896, includes this brief item:

Count Leo Tolstoi, the Russian novelist, now rides the wheel, much to the astonishment of the peasants on his estate.

Apparently Tolstoy took up bicycling at the age of 67. Russia comes up again in a later Cycling Notes entry, for May 9, 1896:

Though Moscow has nearly five thousand wheelmen, only about one-half have permission to ride in the city limits. [?!?!?] Russia asks $12.50 duty on each wheel imported into that country, no matter what the price may be.

Presumably Tolstoy had no problem paying a price that included this fairly high duty.
Posted by michael neubert at 6:54 PM