Advertisement for the Side-by-Side Tandem (1896)

In an earlier post I described and presented information about the Punnett Tandem Bicycle as described in the September 4, 1896 Scientific American - in the same issue at the back is an ad for this bicycle. 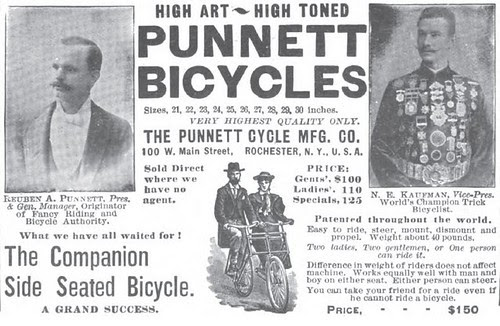 Forty pounds in weight and only $150!

While it is supposed to be reasonably easy to mount this thing, one can't help noticing that both gentlemen mentioned in the ad are noted for trick riding.
Posted by michael neubert at 6:36 PM