LimeBike Parking is Difficult in DC 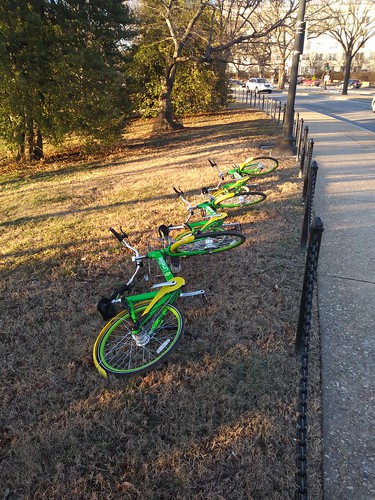 In yesterday's blog post I had a video about how to park a dockless bikeshare bike produced by LimeBike for its users.

Over the last three days, during which there was some snowfall, I have seen these same three LimeBikes parked in a row near the Jefferson Memorial in Washington DC. First they were parked on the sidewalk, all standing up. Then after the snowfall they were all laying on the sidewalk where they had previously been standing. This morning someone had stood them back up but then on the way home someone else (one assumes) had tossed them over the chain-fence so that they were lined up as shown on the grass, laying there in a row. I suspect the National Park Service would not approve. 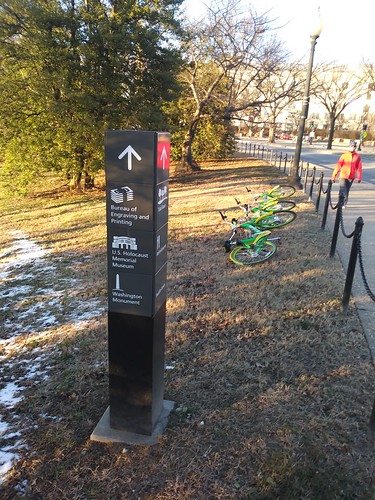 This parking arrangement of course does't follow the advice in the video, where they are particularly critical of laying bicycles on the ground. Because so far there are far more of these bikes than available bike rack slots at the locations where people seem to want to take them, I would say I have never seen so many bikes laying on the ground before the introduction of dockless bikeshare bikes.

Posted by michael neubert at 7:57 PM