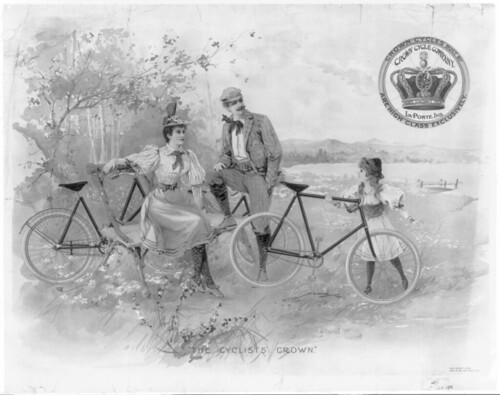 Presumably used in advertising for this Indiana bicycle company

Peculiar sort of advertisement - only the man's bike is properly visible, and even it is not shown in much detail. The front of the woman's bike is obscured and the child's bike is not visible at all. (At this point serious children's bikes were not much of a market since the cost was rather high for something for a child.) It is also interesting that the emphasis here, in 1896, is on where you can go with the bicycle and doesn't show the cyclists riding the bicycles.

Posted by michael neubert at 7:43 PM

Email ThisBlogThis!Share to TwitterShare to FacebookShare to Pinterest
Labels: 1896