Attention neighbors! The flash flood warning has been extended until 3am. BE SAFE! #dcflood #Flood #arlingtonva #columbiaPike pic.twitter.com/AiT0KMlR54

The Washington Post called it a "heavy summer rain event" that was "very strange." Perhaps not the most sensible day to commute by bike? Where did I put my common sense?

For one thing, in the morning there was no rain at all - the rain was only going to show up later in the day. It is easier to deal with any rain, including heavy rain, if it is only on the way home. Even if the stuff in my Timbuk2 bag got wet on the way home (although it didn't) it's no big deal once I'm home. Also, I have done this commute for a long time and I have a good sense of where the problem areas might be in different kinds of weather. I had decided that aside from getting pretty wet, there were few serious risks. I didn't ride down Independence Avenue but rather more slowly through the Capitol grounds and down the National Mall. Once I get past the Jefferson Monument to the 14th Street bridge I am on trails the whole way home (for about seven miles). There are parts of the trail that can flood, but there are ways around those spots.

It was 70-some degrees (ie, around 20 C) but I decided to wear a rain slicker. I wore a thin wool t-shirt under it. Of course, I was soaked after riding 10 miles, but I was neither cold nor hot.

The main problem is having water mixed with sweat (or who knows what) run into my eyes that then irritates them. It is kind of hard to ride with your eyes closed. I have this cap-thing I wear under my helmet (see below) that has a bill which is usually great but it failed with this amount of rain and my eyes got pretty irritated; I had to stop several times as a result. 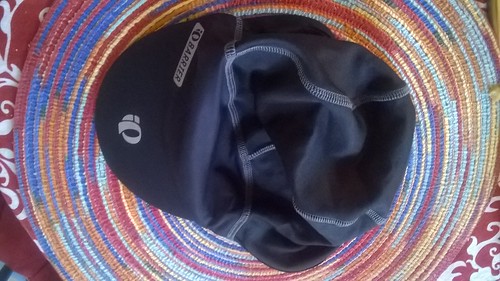 My main concession to common sense in this weather is to ride at a conservative pace - it is easy to misread what you are seeing with water accumulating in unusual ways and it is better to ride into trouble at a moderate speed than while riding as fast as possible.

One aspect of being out in the rain in weather like this is how striking it is how little people driving cars are thinking about how unusual the weather is or are making the slightest adjustments to it. A modern car, with radio (or whatever) on, windows shut, AC turned up, isolates the driver a significant amount (says the cyclist). I could give examples but I am suddenly bored by this subject. 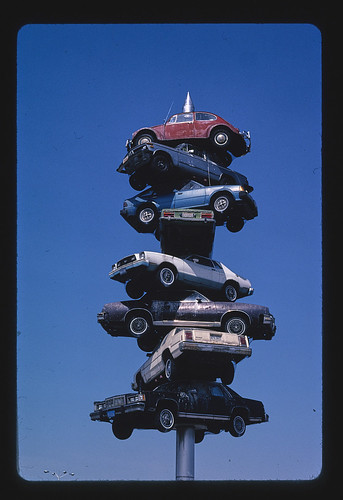 Posted by michael neubert at 10:29 AM