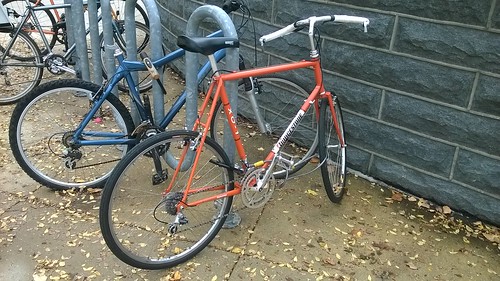 My main surprise is that anyone would park a gem like this on the street. Yes, it has a U-lock and also a cable lock, but . . .
Posted by michael neubert at 11:05 AM