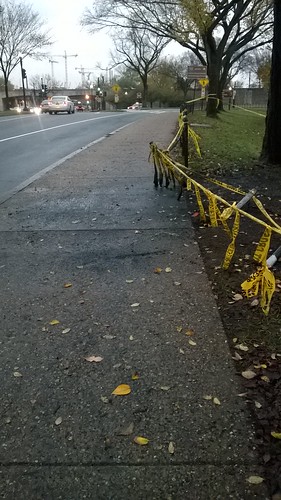 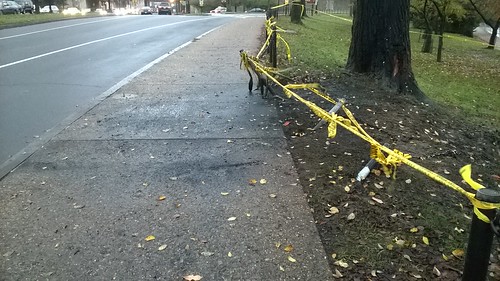 Thursday, after the Veterans Day holiday, I was surprised to see the tree draped in ribbons and balloons and a bottle of champagne at the foot of the tree, an apparently memorial to the driver who died. The Park Service was not, it seems, interested in that since by my ride home it was all gone, along with the yellow incident tape.
Posted by michael neubert at 10:28 AM