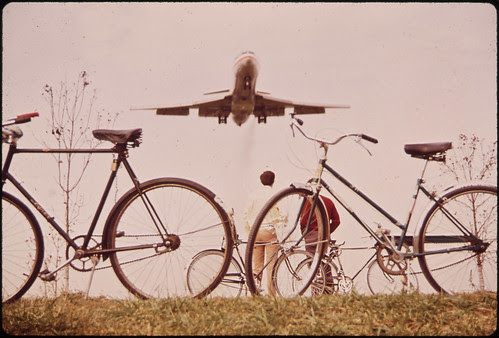 From the National Archives and Records Administration (NARA) "Commons" space on Flickr. Flickr redid their interface overnight and the opening screen features what they call "The Commons" more. I assume that rendering the name of the airport as "Nation Airport" rather than National Airport (now Reagan National Airport) is a typo. ??? It's also slightly odd that the subject heading is for Washington DC without one for Arlington VA. While it is nominally Washington's airport it isn't in Washington.

Original Caption: Jet Roars over Bicycle Path near Washington's Nation Airport. Noise-Decibel Level from Aircraft at This Altitude Can Cause Permanent Ear Damage. 11/1972

Now the noise level is much lower from jet engines than in 1972. The 727 was known for being particularly noisey. At least there is some progress. . . And one doesn't see 727s any more - not all gone I'm sure but not used here. 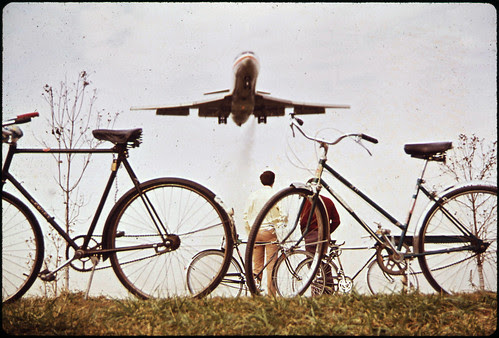 A color corrected version so the sky isn't such an odd color
Posted by michael neubert at 7:46 AM