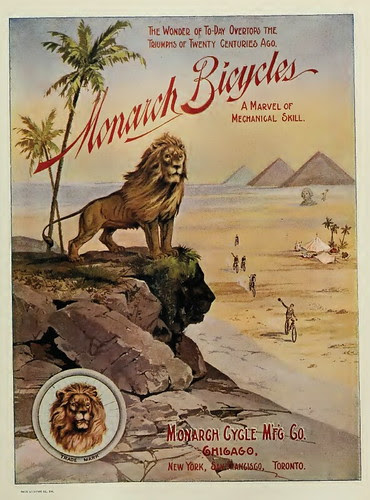 This was a trade publication that normally did not have color advertising - at this time there was a bicycle show in Chicago, so apparently this company chose to pay for a "premium" ad.

The bookplate at the front of the bound volume which contained this issue identifies it as having been part of the Patent Office library collection originally, but it was apparently transferred at some point to the Smithsonian. The Smithsonian has been having some older materials digitized by the Internet Archive at the Library of Congress resulting in interesting "finds" like this.
Posted by michael neubert at 11:25 AM