Taken from The Modern Bicycle and its Accessories: A Complete Reference Book for Rider, Dealer and Maker. New York: Commercial Advertiser Association, 1898. Digitized version from Google, a rare example of a book digitized by Google from the Library of Congress General Collections. 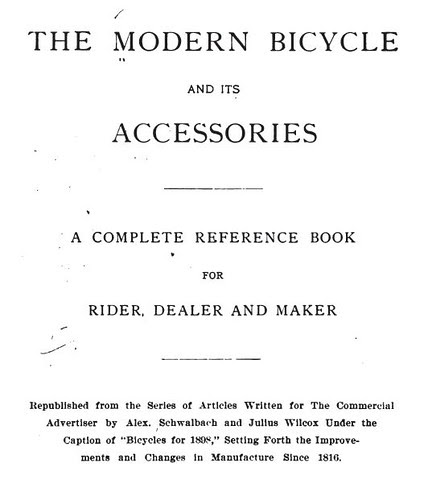 Above, the title page 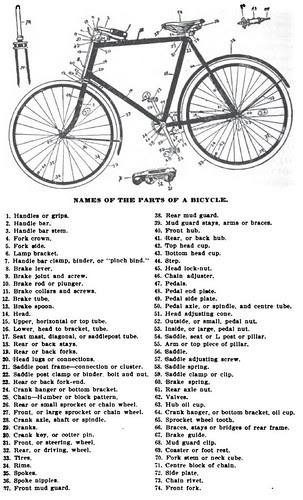 A detailed listing of all the parts of the bike

If you click on the image you can get to a better version on Flickr. It is probably an artifact of Google's efforts that the text is straight but the image of the bicycle is not. Also, the poor image quality is another sign of Google digitization. I think this would have been done very early in their digitization efforts. 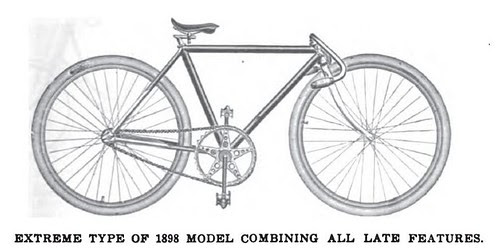 An amusing example of the most "up to date" model - a racing bike, presumably

Note the rather large front ring. This almost looks like a bike used with a lead bicycle (with three or four riders) that the rider of this bike would draft behind.
Posted by michael neubert at 7:32 PM