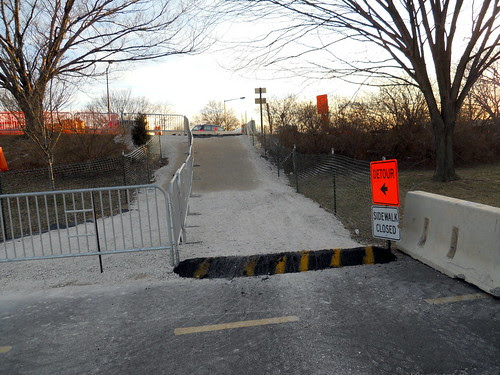 So, I had this email address for a fellow at the Park Service who is a manager for the GW Parkway and I wrote him over the weekend saying that the bike path detour seems rutted and dangerous - I got a reply today and he said he would send some fellows out to look at the situation although he wasn't sure if the Park Service had jurisdication. I wonder if this is the result . . .

Anyway, in order to solve the rut problem, which I guess someone thought was the most important, they have put in soft asphalt "speed bumps" with nice yellow stripes on them. The one on the top end is already (after less than a day) a wreck since the narrow bike tires have cut through it, creating a mess. The one at the bottom seems to be holding up better - assuming that is what one wants.

The main virtue of the previous iteration was that it was a wide detour, but that has been "corrected" with a new fence - now it is narrower. I can't imagine why they did that. Perhaps they will come back and fix it some more?? 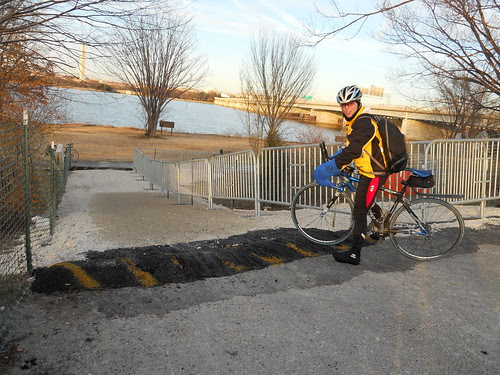 Previous Post on this topic.
Posted by michael neubert at 6:14 PM