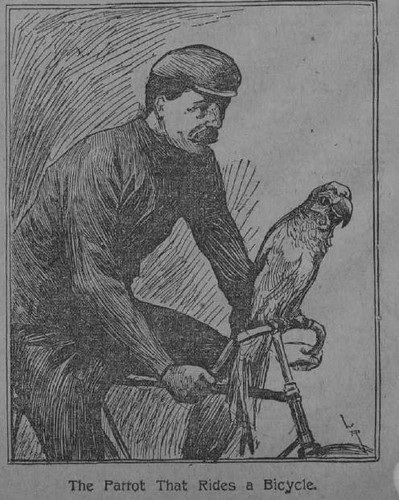 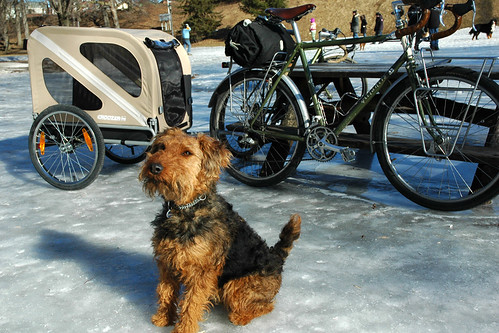 Nowadays people often use trailers to travel around by bike with their animals - usually dogs, such as this photograph reused from Flickr shows. I don't recall seeing any parrots on handlebars, though. I have thought about having a trailer for my family dog perhaps in a few years when she is a little older and might appreciate it (more).
Posted by michael neubert at 10:30 AM