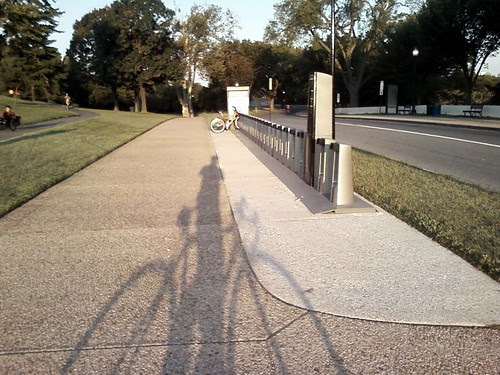 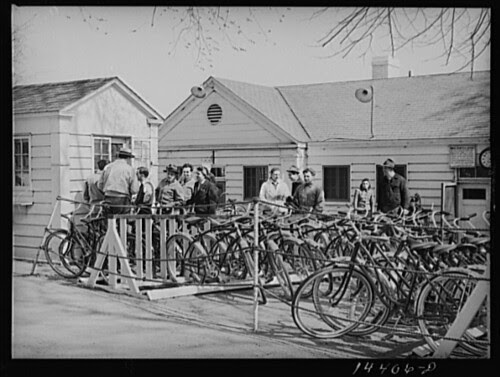 Not far from the Jefferson Memorial (to the east rather than southwest), presumably where one can now rent paddle boats, there was this bike rental outlet years ago. Of course for the most part the users of CaBi bikes are a different profile than these sorts of bike renters. Today despite CaBi I still see riders in DC using other bike rental companies - they seem to be tourists rather than residents. The CaBi model and other bike rentals are different in that CaBi is really about point-to-point in less than 30 minutes, then you "check out" another bike to continue on. I have only once seen a CaBi bike locked up at a location without a rider. (For one thing, they don't come with locks.) Other rental bikes do come with locks and are more for all day cruising.
Posted by michael neubert at 10:00 AM