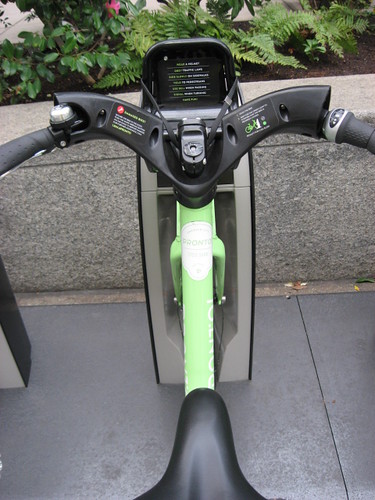 Seattle Dept of Transportation image of a Pronto bike

I lived in Seattle for about fifteen years, but that was in the last century, before cycling was a Seattle "thing" so to speak. I have relatives in the Pac NW so I go back to visit occasionally, and have observed the generally more robust development of cycling and cycling infrastructure there over here, in the Arlington VA and DC area. One of the things that seemed amazing to me was the absence of a bike share program - then once one was introduced in the last few years, called Pronto, that it seemed so lame. (Yes, that is not a very deep analytical comment, I admit.)

Anyway, the Seattle PI item above is an amusing contrast in its brevity to the endless information in the blog post and several items it links to. It appears that just about everything that could be done wrong was. But there are apparently so many villains/possible causes that who knows if any real lessons can be learned.

Because the management of Pronto was so screwed up (according to the accounts) and it was started too small (another theory) combined with the reality of Seattle's hilly terrain combined with bike share bike weight, the issue of Seattle's helmet law is not regarded as a significant factor in the failure. Hmm. 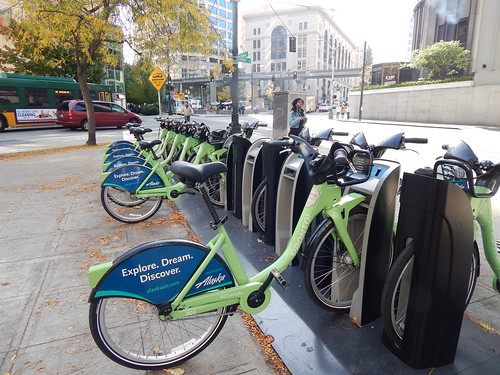 These are probably the only bike share bikes of this sort of heavy industrial step-through design that have seven speed, not three speed, gearing. Apparently they were still pretty hard to get up some of Seattle's hills. 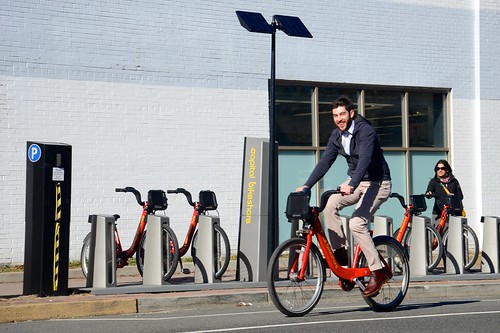 Capital Bikeshare users happy that CaBi continues to flourish, without helmets (by the way)

The Pronto bike share web site (https://www.prontocycleshare.com/faq) which doesn't mention that they are going out of business at this point, speaking admiringly or aspiration-ly about CaBi. "What other cities have bike share and how do they compare? - People are using bike share systems in over 200 cities, including New York, Boston, Washington D.C., San Francisco, Denver, Minneapolis, Chicago, London, Paris, and Barcelona with more programs launching each year. In New York, Citi Bike riders recorded over 10 million trips in 2015. Washington DC's 1,100 bike program was [as in, is] so successful it has already expanded to 2,500 bikes to keep up with demand." - This is a rare case where Seattlites have something nice to say about Washington DC. Oh, and as of now, it is more than 3,500 bikes for CaBi, yeah.

Posted by michael neubert at 12:20 PM

Email ThisBlogThis!Share to TwitterShare to FacebookShare to Pinterest
Labels: Seattle